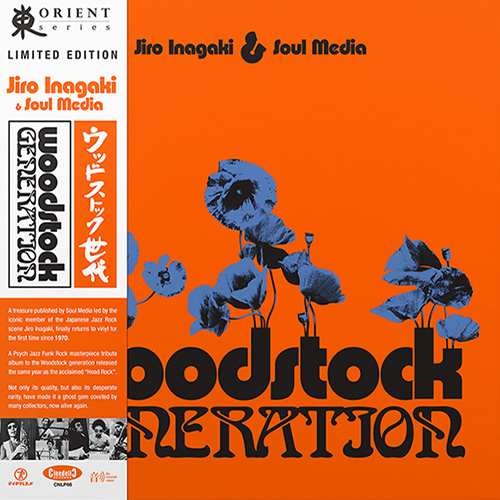 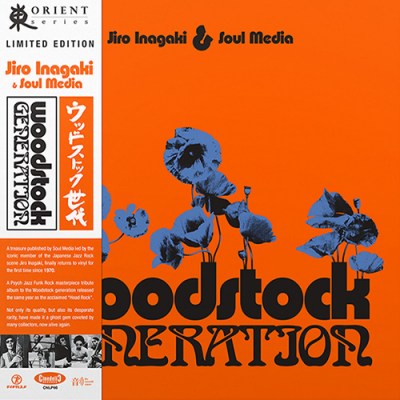 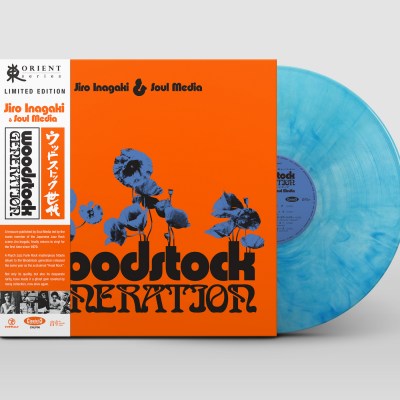 Finally this Ghost Gem left by Jiro Inagaki's Soul Media has been repressed on vinyl for the first time thanks to Cinedelic Records.

‘Woodstock Generation’ is a masterpiece of Japanese jazz/rock funk/soul that for some it even considered better then the acclaimed "Head Rock" in terms of perfection; surely there are many points in common between the two albums having been made a few months later, in 1970. Behind "The Soul Medium" name hides saxophonist Jiro Inagaki, an iconic figure of the japanese Jazz Rock scene during the late sixties to the early seventies. Jiro is supported by his legendary quintet "Soul Media" under its first incarnation featuring Ryo Kawasaki (g) Yasuo Arakawa (b) Masaru Imada (org) Sadakazu Tabata (ds) with Tetsuo Fushimi & Shunzo Ohno on trumpet in addition.

"Woodstock Generation" is a tribute album to the Woodstock Festival including cover of songs performed on the stage by Sly & Family Stone (I Want To Take You Higher) The Who (Summertime Blues) or Ten Years After (Spoonful) but also Woodstock (written by Joni Mitchell in honor of the Festival) and Mamma Told Me (Not To Come) written by Randy Newman for Eric Burdon and The Animals. Titles include also variations on the "Head Rock" theme "The Ground For Peace” and original composition of Masahiko Sato "Knick Knack". All tracks arranged by Jiro Inagaki.