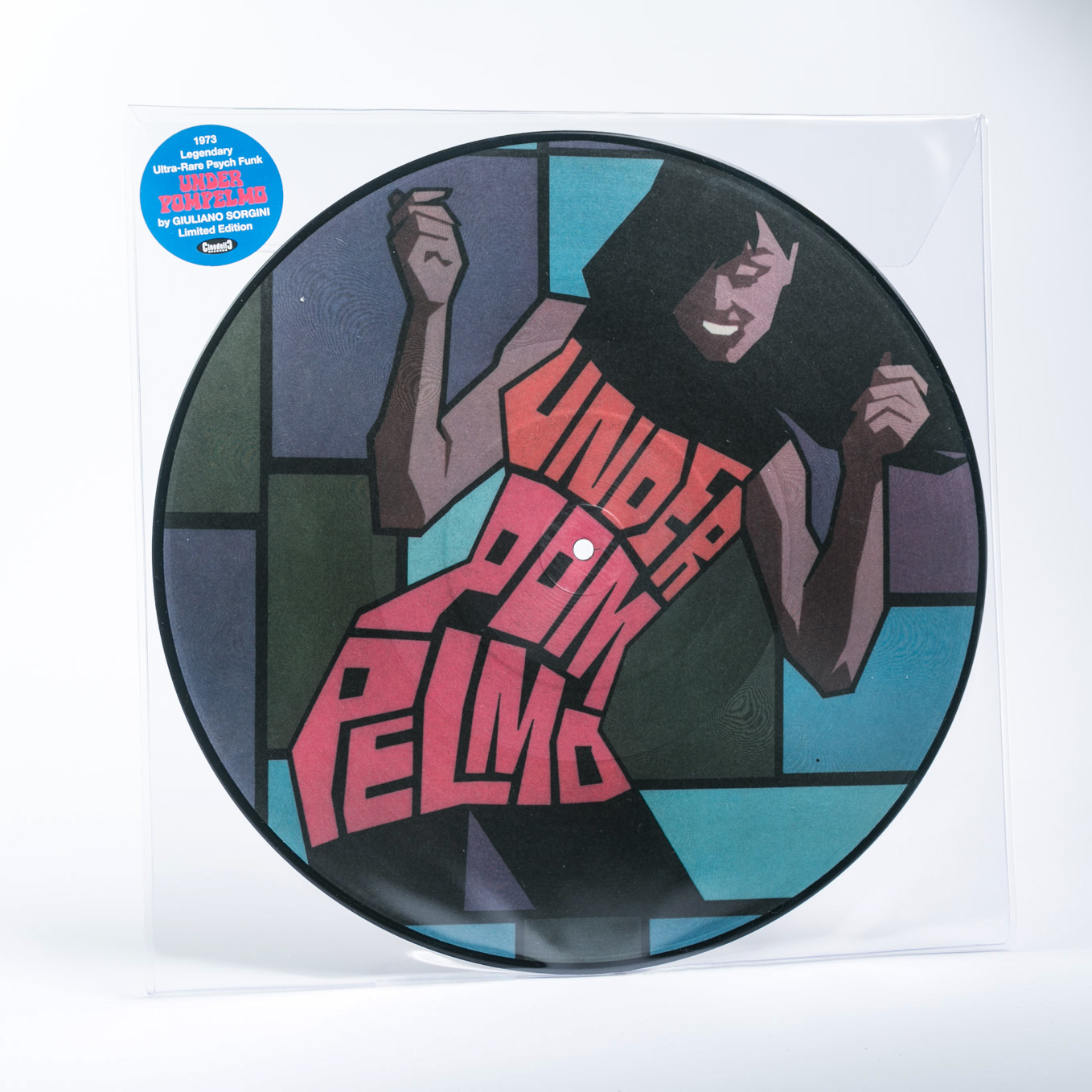 Fuzzy funk from the Italian scene of the early 70s – a really landmark record that ties together all the best elements happening in the soundtrack, sound library, and psych scene at the time! The group features two guitars and lots of organ and keyboards from the leader – really stretching out on the side-long title track "Under Pompelmo", which is a massive jam, but one that never trips out too much to stop being funky – a surprisingly great groove that stays right in the pocket for all of its 16 minutes and 50 seconds! The flipside features shorter tracks, but equally great – all like some lost sound library funk numbers of the period, but served up by a small combo with more focus on guitar and weird production styles – on titles that include "Honda", "When I See You", "Echoes From Canyon", and "To Rebound".