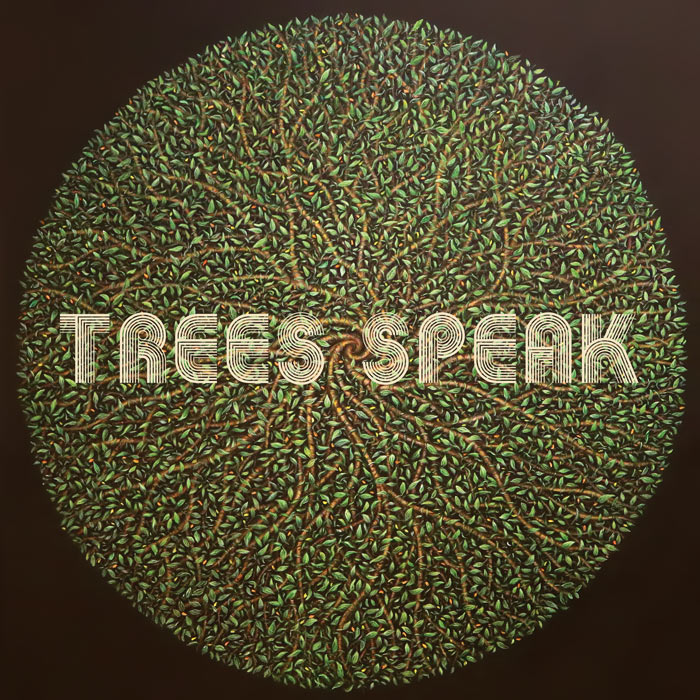 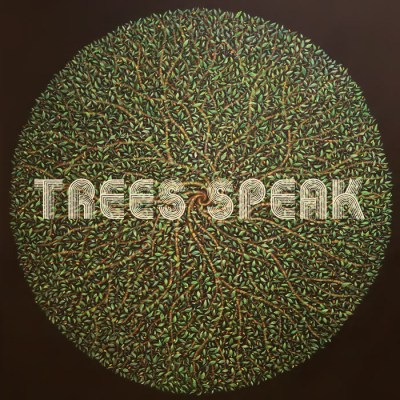 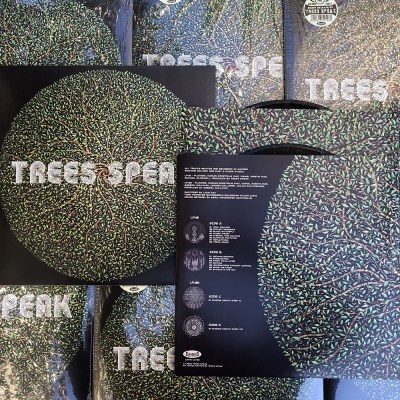 TREES SPEAK are Daniel Martin Diaz and Damian Diaz both appear on the album by Others (Cinedelic Records).

Trees Speak's debut record, Trees Speak, is the band's first of five albums they've produced in half a decade, and it is finally getting its worldwide reissue to their fans' long-awaited anticipation. Released on Cinedelic Records.

Trees Speak never intended to become a band or release a record, but they posted their music on Bandcamp. A month after uploading tracks, Cinedelic Records contacted them and struck a deal to release their first album titled Trees Speak.

Before their first album, they planned to create music with an unrehearsed approach performing simple beats, riffs, sequences, and going by instinct. They endeavored to create an auditory environment that let the listener's mind to be set free of tone, melody, and structure. The duo began to experiment with sounds, blending vintage aesthetics and equipment, which led them on an unexpected journey into creating and producing records.

While their music might seem organic and unrehearsed, the band has developed an creative way of communicating ideas into sound using visual art. For example, they use diagrams when communicating a musical idea. The band often refers to musical diagrams to express dynamics, chords, key signatures, and emotional expressions. These graphic notations are a template to communicate esoteric concepts, which they ingeniously transform into their music. They also use this form of illustrated art expression during live performances and in-studio recordings. It is a simple way to explain an overarching idea through music and art.

"While listening to a lecture in San Francisco at the 'Institute for The Future' think tank," Daniel explains, "One of the lecturers there gave a talk about future technologies, and one of them was the concept of storing information/data into trees and plants, using them as hard drives. That concept was so absurd and possible it was hard to forget.”

If you pay close attention, the architecture of natural elements is a conscious ecology of the cosmos. And, if you listen close enough, the inanimate structures of atomic life and cellular transmissions will speak clearly. Solar winds speak. Oceans speak. Computer servers speak...and trees speak.