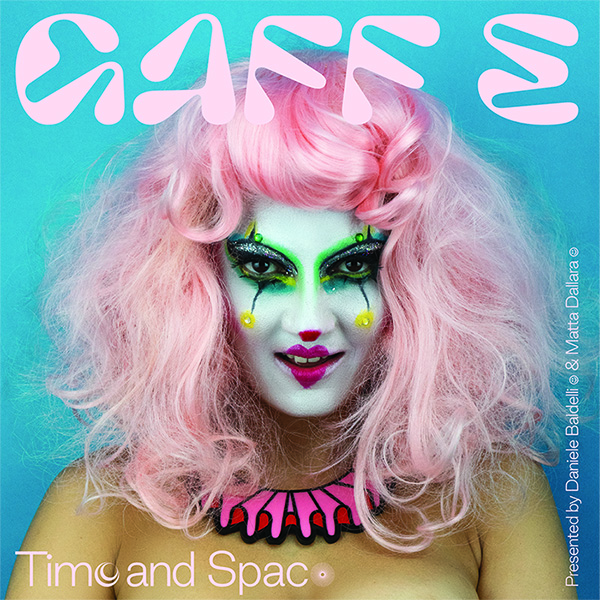 Daniele Baldelli meets the colourful performer/DJ/stylist Gaff E many moons ago via the dance floor during one of his Dj set where, as usual, Gaff E dances HARD; Hi-Energy Punk Disco Queen Gaff E transcends genres flying her own divine style. Her radical performances are a wild, carnal, hallucinogenic, activating trip! Gaff E is unapologetic in her bodily animal energy, as infamous as she is dedicated to colour and female vibrance. A shameless wild woman and chameleon of style liberating bodies everywhere. They hit it off instantly, and ever since they have wanted to make music together. During a European Festival tour Gaff E reaches Baldelli at his home and they decide to collaborate with a deep connection in studio screaming "Be wild… be free… BE YOURSELF!"; these two happy tracks were born to connect people with their true selves and ultimate freedom which best express the nature of Gaff E and the Cosmic Disco Sound of Daniele Baldelli. Magic happens when the Disco Queen and the Disco King join forces! “More Short Shorts on the Dance Floor!! I am deadly serious when I say this; I wish more men wore Short Shorts!! And what better way to get that message out than via a Blast of Fresh Virtuous Disco! Bringing back old school cosmic disco-rap vibes with playful, seductive and strong DELICIOUS beats! With this record we want people to have the most fun they’ve EVER HAD MOVING THEIR BODS.” Gaff E