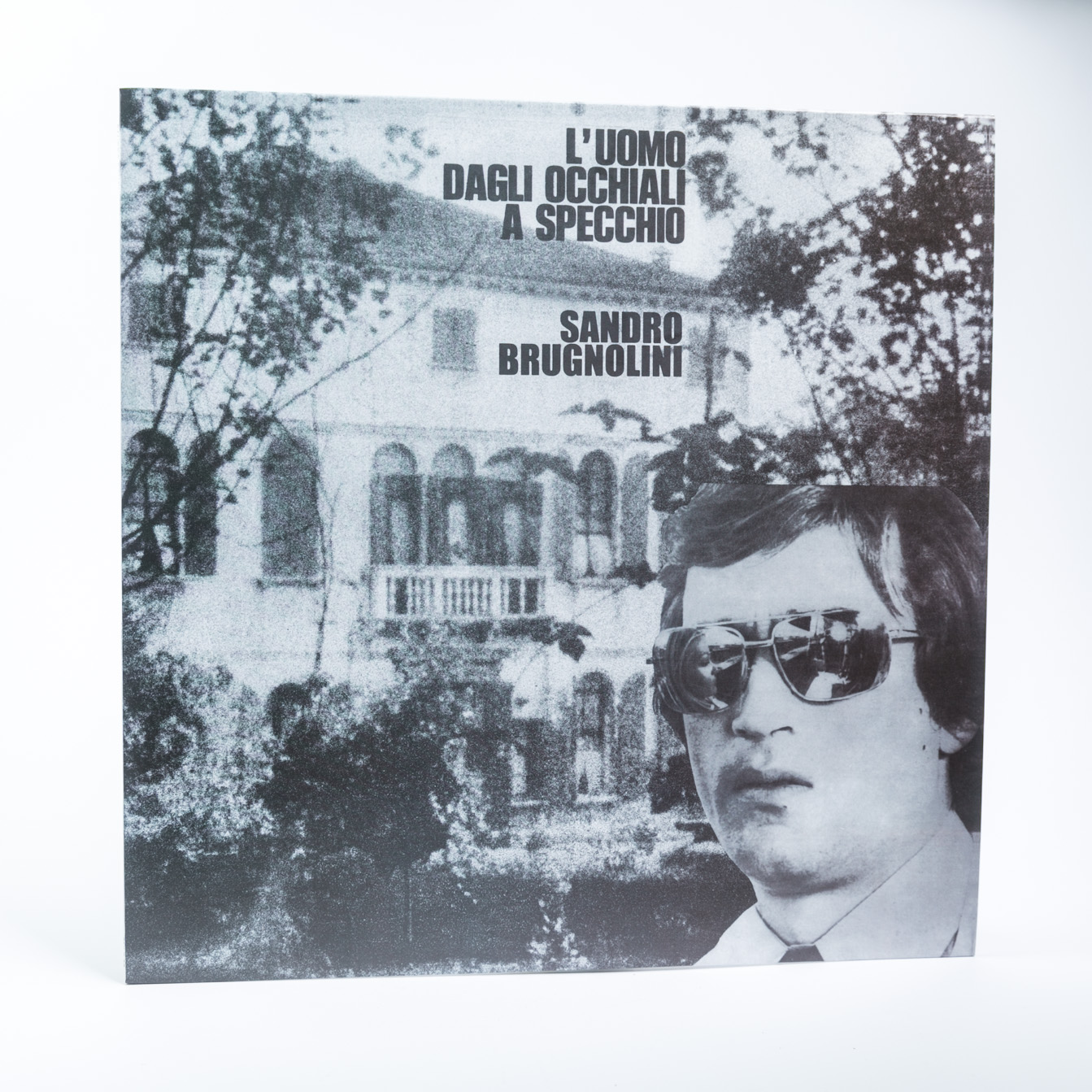 Recorded on 7th December 1973 at FonoRoma.
LP out on March 1975 by Vroomm Leonardi Edizioni ℗ 2015 Cinedelic
Glossy Laminated Cover. Made in Italy.

In December 1973 in the historic FonoRoma took place the recordings of the o.s.t. "L'uomo dagli occhiali a specchio", an album that combines all the qualities of the composer and musician Sandro Brugnolini: the melody in the leitmotiv "La notte muore", the ability of sonorization, and jazz that accompanied him since the ' 50s; and in fact the recording includes, as soloists conducted by Maestro Giancarlo Gazzani, several components of Modern Jazz Gang and important trombonist Giancarlo Schiaffini. Pressed in a limited edition of 300 hand numbered copies.